VCT Filming: Timeshift: Between The Lines 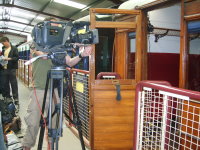 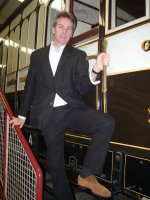 Presented by author Andrew Martin, whose books include Death on a Branch Line; The Lost Luggage Porter; Murder at Deviation Junction and The Necropolis Railway.

The programme also includes footage from the 1968 BBC TV production of Dombey and Son, with locomotive Sir Berkeley at Oakworth station, and the 1968 BBC TV and 1970 EMI versions of The Railway Children.