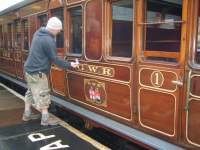 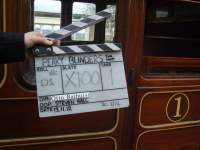 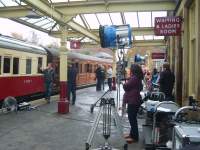 Peaky Blinders, an epic gangster saga, begins in 1919 in the lawless slum neighbourhoods of post-war Birmingham, Returning soldiers, newly-minted revolutionaries and criminal gangs all fight for survival in an industrial landscape gripped by economic upheaval. Guns smuggled home from the trenches find their way onto the streets and become lethal currency. Communists don’t just dream of revolution – they are planning for it and the Government is expecting it. As Churchill mobilises his Special Branch forces, illegal bookmakers make fortunes in speak-easy betting shops and traumatised infantrymen drink away their shell-shock in riotous ale houses.

There is still a gentler city at the fringes, where gypsies and canal boatmen deal horses and tell fortunes but sitting at the top of this industrial jungle are the extended Shelby family, whose many brothers and sisters, cousins and uncles, make up the fiercest gang of all, the “Peaky Blinders”. Named for their practice of sewing razor blades into the peaks of their caps, the Peaky Blinders make their money from off-track betting, protection and robbery.

Their boss Tommy Shelby is the most ruthless brother of them all, but his leadership is about to be put to the test, A ruthless new police Chief Inspector named Campbell arrives in town to clean up the city from Belfast to clean up the city and, perhaps more lethally, a beautiful woman – Grace Burgess – arrives in the neighbourhood with a mysterious past and a dangerous secret.

Characters in other scenes, not involving Vintage Carriages Trust:

Shooting dates: 13 and 14 November 2012 on the Keighley and Worth Valley Railway

Other railway carriages used in the scenes:       Lancashire & Yorkshire Club Carriage no 47