CURRENT STATUS:   Available for filming use.

509 was built by the Metropolitan Carriage, Wagon & Finance Company of Birmingham.

First class accommodation was withdrawn from the Metropolitan Line of London Transport from 6th October 1941. This type of carriage survived until electrification reached Amersham in September 1961, allowing replacement of this locomotive-hauled stock by electric multiple-unit trains. London Transport then stored  six carriages at Upminster, Essex until needed in May 1963 for the Underground Centenary celebrations. 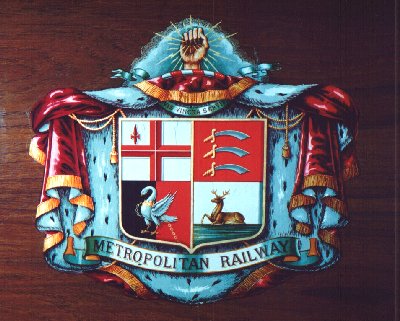 These carriages are occasionally used on the Railway as a Vintage Train set.

The Trust has also embarked on a programme of cleaning, checking and making good where necessary the bogies and underframes of all three of the Metropolitan carriages. The First Class coach was the first to receive this treatment, now very successfully completed. Other than wheel-turning (for the first time in some 40 years of preservation), pleasingly little "making good" was found necessary - one brake stretcher needed straightening, and one weld needed remaking.